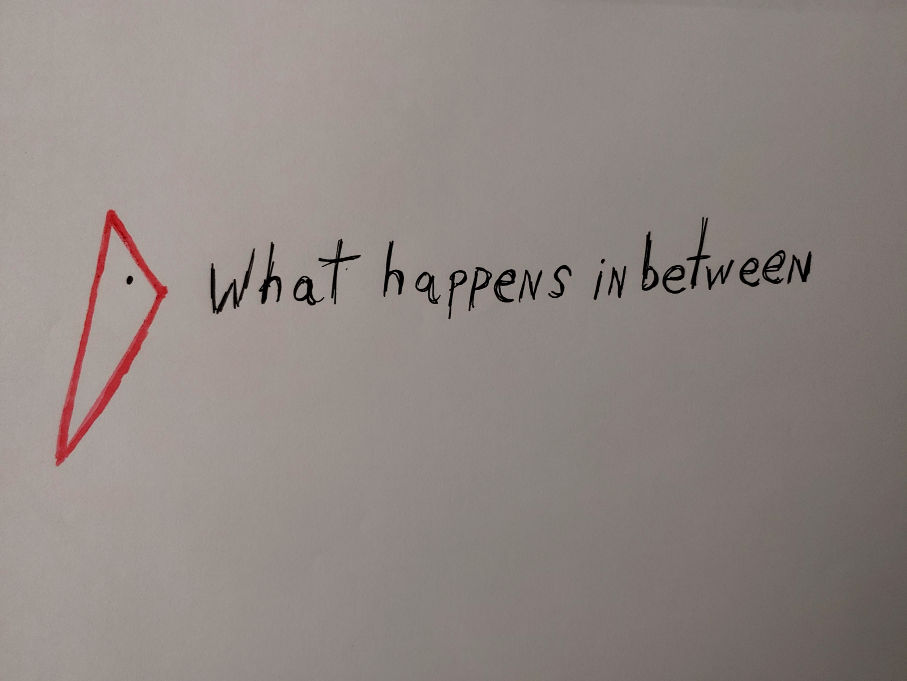 Creativity is an adventure.

Those are the words I keep going back to as I reflect on the art objects I will write about today. An adventure. A path full of unexpected phenomena from which to pick pieces of ideas that one can connect to other fragments of ideas so that a new phenomenon is born. A new art object.

Maybe I should explain my use of the term “art object” instead of “song”. I like to call my work “art objects” because I find that this term liberates the musical expression from the strict and exclusive musical ideas we've inherited from popular culture. It also lets the sonic event be as reckless, as complicated, or as unpredictable as the composer wants it to be. Impure.

There is beauty and depth and honesty in impurity. There is also pain. And where we recognize pain, there also is strength in the form of enduring the suffering. We carry all of this. I find reflection and admiration in art that demonstrates these complexities in relation to the contemporary times that brought it to life or in relation to the times we live in.

The album is titled Transmigration. That is the art object that brought my committed focus back to music. The blackgrass band Elouise asked me if I'd be interested in exploring some of the songs they had recorded. They asked for me to add my electronic perspective into them. Remixes. I accepted the adventure. A melting of ideas that were already uncommon to begin with. I love all of the songs in Transmigration but there are two that I feel are the most important to me. Two songs that combine the DNA of many seemingly distant ideas. “I”ll Fly Away”, originally written by Albert E. Brumley in 1929, and “Eyes of Duque”, an original song written by me.

As I listened to Elouise's interpretation of “I'll Fly Away”, my attention was grabbed by its slow hypnotic drum beat because it sounds like a distant cousin of a reggaeton beat I've been hearing everywhere since my times as a kid growing up in the Puerto Rico of the early 90s. And the voice. The voice projects a sense of drained anger like the sight of an open wound that just won't heal. And with lyrics about leaving the terrestrial plane, the pieces were laid there in front of me to create a very slow and mysterious afro-latinx industrial remix. A DNA strand from bluegrass, another one from alternative rock, some afrocaribbean rhythmic feel, dirty sounding electronics, and distorted vocals that creatively project the feeling of being distant from those leaving us behind. Harmonies and dissonance. A celebration of strength that traverses Americana traditions, Latin American traditions, rock, electronica, pop, experimental.

After I was done with my interpretation of Elouise's interpretation of this American classic, Elouise added sounds to this new electronic collage of ideas. We then stood back. We watched it come to life with all of its stitches, and its still open wounds, and its thirst for releasing its force upon those who seek for it. A monster. An art object that records our heritage, our present, and so many other ideas that will be melted to it by countless other adventuring listeners.

Then there is the broken and sad “Eyes of Duque”. A song I had in my head since it was inspired by a poetry workshop back in my first year at the University of  Puerto Rico in 1997. Time slips through our senses and it's 2017. I ask Elouise if they'd be open to record this instrumental song I hid from the world for so long. They said yes.

The clean, controlled, and exclusive aura carried by the beautiful cello, double bass, and piano with their tone as profound as the unstoppable romantics that see no obstacles to achieving their goals. The trumpet that is just wailing like a heart becoming debris of what used to be a fortress of hope. The adornments of synthetic sounds made from fragments of isolation and introspection.

It took 20 years for “Eyes of Duque” to come to life. 20 years hiding alone. Without love because love is for other people to savor and for art objects to display like city birds one can hear but not see in the madness of these classic concrete jungles. All one knows about these birds is what happens in between their spontaneous concerts. Survival. And reflection.

The World of Touch and Thought

The World of Touch and Thought